In A Time Of Financial Insecurity 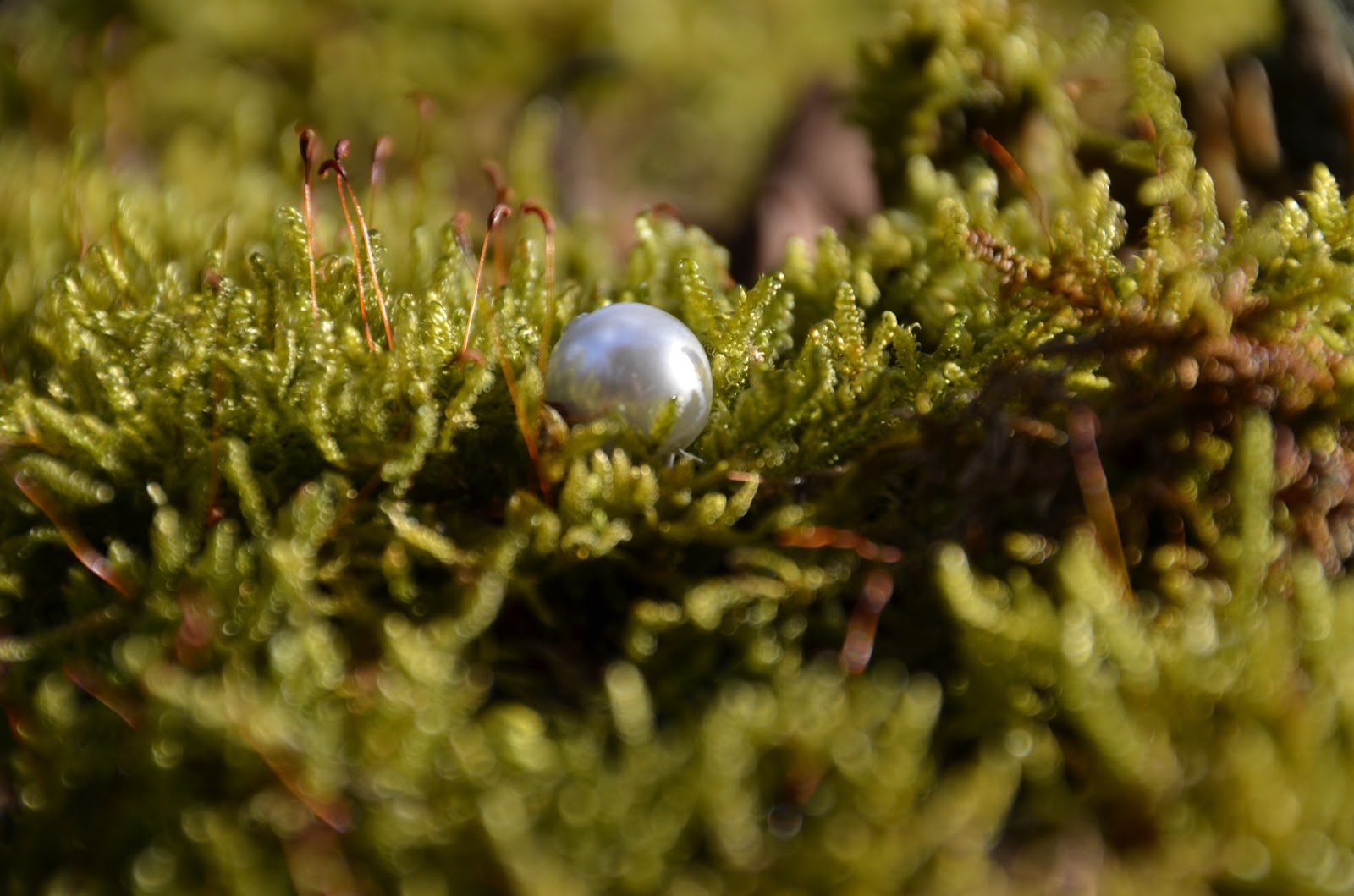 44 “The Kingdom of Heaven is like a treasure hidden in a field. A man found it, hid it again, then in great joy went and sold everything he owned, and bought that field.

45 “Again, the Kingdom of Heaven is like a merchant on the lookout for fine pearls. 46 On finding one very valuable pearl he went away, sold everything he owned and bought it.   Matthew 13

We’re living in a time when people’s financial circumstances have been thrown completely out of our control because of the pandemic. But in ancient times, even when a person was financially successful, there was very little security for one’s wealth. Without a bank account, without all the means we have to safely keep our money—what could someone do if they received or found great wealth?

This was a real problem in Israel 2000 years ago—when people didn’t have bank accounts—they had to store valuables in their homes or hide it away on their property.  To buy a field for the treasure it contained was not unimaginable to them. No one would sell a field with their valuables still hidden there—and if you found such property you were a thief. But if you owned the field, then all it contained was yours.  Pearls were highly prized, especially by kings—who could easily reward the owner of such a prize with greater wealth than they could ever imagine earning any other way.

The pearl of great price often showed up in ancient rabbinical sources as well as Yeshua’s well known story—like our big lottery prize.

But why does Yeshua connect the Kingdom of God with treasure and pearls?  Here are some simple Biblical principles about money and wealth that have been developed by our friend, Michael Bell, who has written extensively on this topic:

Yeshua knew that people were coming to hear him because he had something for them.  A country preacher would expect people to listen for anything that might be useful to know.  So he was telling them that when they came into God’s kingdom it would be worth everything—it would be the most valuable thing you could ever own. And indeed he was right—there’s nothing of greater value than what God offers us of Himself—if we’ll take it.

And even though Yeshua gave us this valuable information 2000 years ago, very few people believe in its value. But they still believe in the power of pearls and our equivalent: diamonds.

When you’re next in New York go down to 47th St. between Fifth and Sixth Avenue and you’ll find yourself in the famous Diamond District surrounded by Orthodox Jews carrying around the most innocuous plastic bags with paper envelopes and bundles with rubber bands and everyone is talking Yiddish.  Even if they’re Hindu, Dutch, French or Russian—that’s the language of diamonds:

And they tell you that business today is gornisht—nothing—tomorrow, they may be mekhule—bankrupt, and even if they were doing so well, they wouldn’t boast:  ken eyne hore—they shouldn’t provoke an evil eye from any boasting.

Of course, they do have their eye out for a Mame-zitser—a big mamma in her chair—is a fabulous big diamond.

And if the right deal comes along:  nem de gelt—take the money:  “No one every went bankrupt making a profit.”   Everyone needs their parnosse—their livelihood—I once heard the very same words from a camel driver in a park in Jerusalem.

Don’t be a shnorer—a beggar, a shleper—late with the payment or a shtinker—someone who never pays.

And don’t pretend you’re a feynshmeker:  such a connoisseur!

And finally, if everyone is happy—shake on it:  mazl un brokhe—good luck and a blessing.  Millions change hands with that as the last word. The seller thanks God for his good fortune and wishes the buyer a blessing and future success of his own.

But even diamonds are deceptive. They say “diamonds are forever.”  Diamonds are a girls best friend. Don’t believe it. I once received from an estate a ring with three nice sized diamonds—I went to so see some of those friendly guys you see waving cash at you on TV.  I was disappointed by their offers so I had them evaluated and learned that all three had cracks in them. They were of little or no value.

And real pearls are truly rare.

Whenever I talk about this topic, I’m always surprised because there is a look I’ve seen on the faces of young people—it’s a fascination that they rarely have in services—we’re talking about something that really has value.

We want great blessing. We seek good fortune. Don’t you know that God can bring you all the treasures you seek?

Proverbs 4: 7:  The beginning of wisdom is this: Get wisdom.
Though it cost all you have, get understanding.

The famous 19th century preacher, Randall Conwell, had a famous speech called “Acres of Diamonds.” He gave it over 6 thousand times across the United States and England. And he later learned that wherever he gave it—people became wealthy. Some acquired wealth after having started with nothing—others simply outdid themselves in gaining wealth.

He spoke of diamonds, silver, gold and oil-wells.

In each case, in India, in California, in Pennsylvania and his own home state of Massachusetts, men had struck out to find great wealth.

One man went in search of diamonds.

One in search of gold.

One was seeking mining properties.

Another came to Canada to find oil wells in the early history of oil drilling.

In India, near the house of the man who went in search of diamonds, they found the diamond mine of Golconda, the greatest of all Indian diamond mines.

In the stream that ran through the property of the man who went to southern California in search of gold, they found a fabulous gold mine.

The professor of mining who left Massachusetts to seek mines in Wisconsin had spent his days studying literally right on top of a what would become a very profitable silver mine.

And the man who learned all about oil wells so that he could work in Petrolia, Ontario, left just in time to lose out on the first great oil wells found in Pennsylvania.

Each of these sought treasure first.

The famous business consultant, Steven Covey, warned:  no company ever succeeded that had a mission statement stating: “We’re just here to make money”—because after awhile no one will do business with them.

Randall Conwell was often invited back to see the properties and factories that people had opened when they left his meetings pondering his words.  He urged people:  consider how to best meet the needs of the people around you using the skills that you have already spent your life learning—don’t worry about titles, receiving high offices or running off to find their dreams any other place.

Or, as one young immigrant in a well-educated accent told me in 1976—“I got here too late. All the pie has already been sliced up and divided.”

IF THE KINGDOM OF GOD IS WITHIN, WHAT IS WITHIN YOU?

Don’t be like Judas the feynshmeker:  he was so religious that he found the woman who broke the jar of nard over Yeshua to be an affront—all that money that could have gone to the poor. And in the end, he sold out Yeshua for the price of a slave—30 pieces of silver.

And how did Conwell come up with the idea for this talk?  He originally gave it to his own old Civil War regiment—where he’d gotten his first assignment and got court-martialed. His men hadn’t been paid for three months and he went off to get their pay. While he was gone and when the enemy attacked, his men scattered. They had no leader.

Conwell learned a tough lesson: He was pursuing the paymaster while the enemy pursued victory. In time, he had success, but that early lesson must have burned deep into his conscience.

Matthew 16:  26 What good will it be for someone to gain the whole world, yet forfeit their soul?

How can you tell you’re pursuing the Kingdom and not your own agenda?

PEACE:  The Kingdom of God is a kingdom where people are at peace. They aren’t passive or apathetic—they have experienced an extraordinary inner peace.

For the anxious heart—what price is a good night’s sleep?

For the angry spirit—what price is a moment of genuine trust?

One of the finest, unknown films of our times is called “Flawless,” and tells the story of a diamond firm where all the diamonds in a massive safe are stolen in one night and the owners virtually destroy each other while the poor old caretaker who pulled it off watches in amusement.

FORGIVENESS:  The Kingdom of God is a kingdom of where people are forgiven and forgiving.

In 2015, the whole world watched in amazement as Eva Kor, an Auschwitz survivor from Terre Haute, IN told the jury that she has forgiven the Nazis the evil that was done to her.  At other times, the 81-year-old survivor of Dr. Mengele’s evil, has said that this forgiveness has saved her life and made her a free person.

Free.  Not without pain, or without memories, but in her heart, free.

I tell you, that in all the tyrannies and fascist powers—the thing they fear most is the power of free hearts.  And more than this—they fear the power to forgive and feel forgiven. Once we extend forgiveness, we can be truly free—free to do what works instead of stewing in the bitterness of failure.

Some groups trumpet their hard work, their persistent evangelism, and yet we must be careful to appreciate that we aren’t working for our salvation. That’s not the peace of God. The devil wants you to dance harder, and when you don’t, he wants you to feel guilty.  Yeshua accomplished everything on the cross. Live out your calling with a vibrant conscience as a free person.

TRUST:  The Kingdom of God is worth everything that you pour into it. You can’t outgive God.  In a world gripped by the prosperity gospel we have the joy of living within our means.  Listen to Rabbi Paul, who apparently traveled just as widely through the U.S.:  “Philippians 4:11-13:

11 …for I have learned in whatever state I am, to be content: (NKJV)

The Kingdom of God is not a situation that makes us passively wait for God, but it is where we’re being equipped to live our calling with all the fruits of the spirit: love, joy, peace, patience, kindness, goodness, faithfulness,23 humility, self control. (Galatians 5:22-23).

How else to describe someone who lives with these virtues except as having wealth beyond compare and the ability to impart and receive these qualities is to be enriched in ways that money can’t buy.

We’re not there yet.  But the closer we come, the more we experience the fullness of blessing of Yeshua’s Lordship in our life—a whole life. Even if I found “the great expensive pearl” described in the parable, I couldn’t have bought the hope, life, peace and grace that has entered my heart by faith in Messiah.

It’s well more than a decade and a half since a retired Jewish university professor sat across from me at a restaurant table and said, “Ben do you know what it would cost me to accept Yeshua?”  He outlined the possible costs to his professional reputation and family relationships. He had already told me his story—his life had been one of professional success but numerous personal disappointments.  I was very blunt.

“Michael,” I said, “what do you think they’re saying about you now?”

He looked at me and he agreed that he’d need to think over everything I’d shared. Just a few days later he called to tell me that he’d accepted Yeshua as his personal Messiah.  Today, after an inspiring ministry in Winnipeg with CPM Canada, Michael continues to minister in Quebec.

What greater treasure do have than Yeshua, who paid the greatest price for us all?