Why the Holocaust Matters: Presented at Tyndale University and Seminary 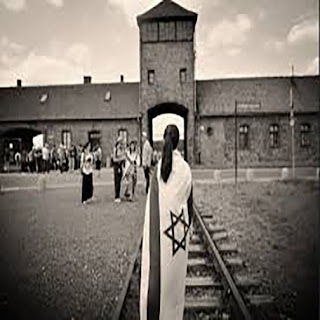 
16 …And if the root is holy, so are the branches. 17 But if some of the branches were broken off, and you — a wild olive — were grafted in among them and have become equal sharers in the rich root of the olive tree, 18 then don’t boast as if you were better than the branches! However, if you do boast, remember that you are not supporting the root, the root is supporting you.”
Email Post

When Did the Church Stop Being Jewish?

Yeshua and the Torah: Lord of the Sabbath

Ben Volman
Ben is the spiritual founder of Kehillat Eytz Chaim / Tree of Life Messianic Congregation in Toronto, a ministry of Chosen People Ministries Canada. He has been a follower of Yeshua since 1976. He is also the author of More Than Miracles, the story of The Scott Mission through the eyes of Elaine Zeidman Markovic. Over the past three decades, he's been a freelance writer and editor whose numerous editorials and feature articles have appeared in publications including ChristianWeek, Chosen People Magazine and Faith Today. From 2002 to 2006 he was the publisher and executive director of The Messianic Times. Ben grew up in a conservative Jewish home, the son of a Holocaust survivor and became a follower of Yeshua while studying philosophy at the University of Toronto. His testimony is posted here on his April 2010 blog. Ben received his M.Div. from Knox College, Toronto School of Theology, Univ. of Toronto and later did a one year residency at the Baptist Urban Initiative on Leadership Development. He also did graduate work at Spertus College of Judaica in Chicago. Ben is currently the Vice President of the Union of Messianic Jewish Congregations.