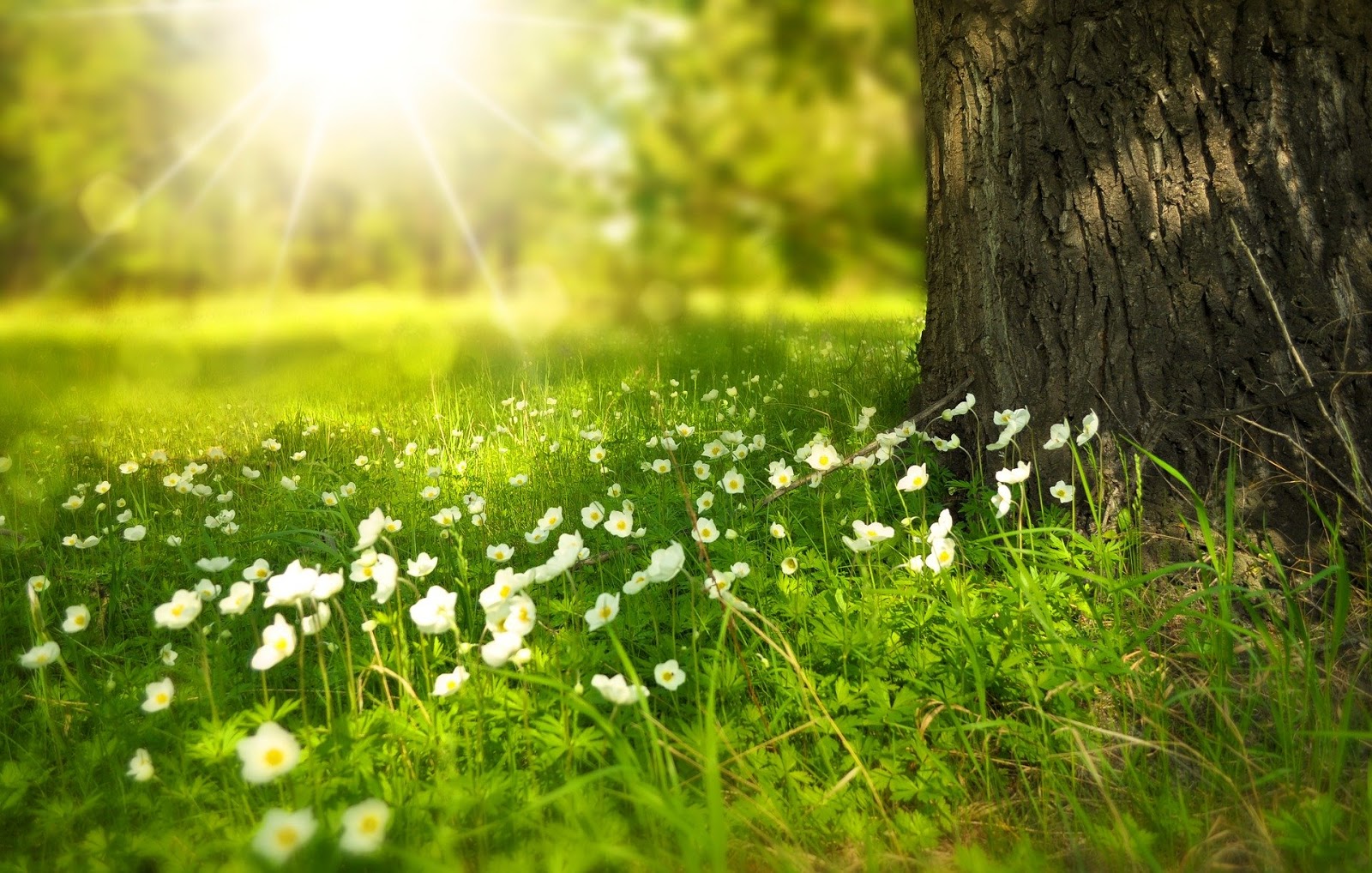 An era has ended. Edward Daniel Brotsky, a leading Messianic Jewish teacher, pastor, mentor and visionary is in the presence his Lord.

Ed Brotsky always seemed like a man out of his time. When I first met him over thirty-three years ago, he already looked out of date to my young eyes: a staid gentleman from a more conventional era. No one called him a pioneer or visionary. We didn’t know how much he had sacrificed to lay the foundations of the new Messianic Jewish movement.

A vigorous seeker after truth from a young age, Ed was born in Montreal and raised by Orthodox Jewish immigrant parents from the Ukraine. The family then moved to Windsor where his father worked on the Ambassador Bridge until an injury sent them them to Toronto for his rehabilitation.

Barely out of his teens, Ed’s search for answers to life’s larger questions finally led him to a week-long lecture series at a theatre in the north end of Toronto. The meetings featured Dr. Holzer, a Jewish believer from Seattle who spoke boldly of his faith in Yeshua ha’Mashiach, Jesus the Messiah. Several times that week, Ed met Dr. Holzer personally. On the final night of meetings, Holzer called Ed up on stage to publicly affirm that he had accepted Yeshua as his personal Messiah. Rejoicing in his new faith, Ed looked out into the audience and found himself staring right into the face of his father.

As a new believer, Ed came under the wing of Rev. Morris Kaminsky of the Nathaniel Institute, one of North America's leading outreach ministries. Its facilities, including a well-used gym, were in the heart of Toronto’s largely Jewish Kensington Market district and had a remarkable impact on local youth. They gravitated to the warm personality of Rev. Kaminsky and his wife, Ida, who ran extensive programs for local families. The result was an authentic, culturally Jewish community of believers with its own congregation.

Ed entered Toronto Bible College and married Nora Green, a TBC graduate, in 1944. A year later, after his graduation, they began a storefront outreach in Toronto but soon felt called to Western Canada. Their first stop was Winnipeg but they finally settled in Calgary where Ed founded the Hebrew Christian Witness in 1951. Despite several attempts to make the ministry self-supporting, including extensive international radio broadcasts, Ed had to find employment and became a successful financial planner.

Even then, he was out of step with his contemporaries. The mid-20th century Hebrew Christians were busy assimilating into church culture. But Ed felt that they were fitting in too easily and losing their identity. He began seeking a new vision that would honour the Jewish roots of his faith and celebrate Yeshua as Messiah.

At the 1955 International Hebrew Christian Alliance conference held in Toronto, Ed met Dr. Lawrence Duff-Forbes, a vigorous proponent of Messianic Judaism. An Australian by birth, Duff-Forbes had a syndicated radio ministry based in California where he promoted views which were widely viewed as “a curiosity” if not outright heresy to his colleagues.

Hebrew Christians had suppressed Messianic Judaism, championed by Rev. Mark John Levy, soon after it appeared in the early 20th century. Worshipping Yeshua while wearing a yarmulke and prayer shawl, keeping the the same feasts and festivals as Yeshua and adhering to Biblical principles of kashrut was considered “Judaizing” the faith, especially among Jews!

In 1960, the Brotskys went to join Duff-Forbes briefly in Whittier, CA. But driving south through the mountains in wintry conditions with a heavily-packed trailer was treacherous. On a mountain road, the car and trailer twisted in opposite directions. The car, suddenly separated from the trailer, plunged off the road—and was miraculously caught by branches. Remarkably, the car with everyone safe inside, was winched back up onto the road. Ed’s daughter, Naomi, recounted the miracle during his funeral. That morning the family had prayed remembering the Lord's "everlasting arms” and certainly these had upheld them up in circumstances that might have been tragic.

The time with Duff-Forbes affirmed Ed’s calling to a Messianic Jewish vision. But after returning to Calgary he had limited options and his views still faced widespread opposition. He could have given up. The family was financially comfortable and he had built a small Messianic synagogue in his home where he held rabbinical-style services. These included the Bar and Bat Mitzvah for Naomi and elder brother, David.

In 1969 he surprised his family, taking a position in the American Northeast, based in Pennsylvania with the American Baptist Convention. Again, he created a setting that was more synagogue than church. But instead of derision, he attracted a growing number of young Jewish believers drawn to his powerful teaching on the Jewish roots of their faith.

In the wake of Israel’s Six Day War victory, there was a refreshing sense of pride among North American Jews. Those feelings also permeated the new generation of Jewish believers. But Messianic Judaism not only found an audience among young people. Ed’s ministry colleagues were also paying attention. They saw his Seder meals and services invigorating the youth—their own sons and daughters—with a strong Biblical faith. Many of these youth were eager to share Messiah with their friends out of a positive new connection with their Jewish heritage.

Among the peers who came to share Ed’s vision were old friends from Toronto, Rev. Martin (Marty) Chernoff and Rev. Malvern Jacobs, who had also grown up under the nurture of Morris Kaminsky. Chernoff promoted Messianic Judaism through the development of congregational ministries in Cincinnati and Philadelphia and then, in 1975, led the Hebrew Christian Alliance of America to be renamed the Messianic Jewish Alliance of America.

Like most mainstream churches, the American Baptists abruptly decided to close their Jewish work. In the mid-1970s Ed and Nora came back to Toronto. An attempt to start a Messianic congregation showed promise, then faltered. But it laid the groundwork for the ministry of Rev. Hans Vanderwerff, who was then living near Ottawa. He and his wife Vonnie came to Toronto to lead a group of young Jewish believers—I was one of them—and under their direction that group expanded into Canada’s first viable Messianic synagogue, Congregation Melech Yisrael, led today by Rabbi Jack Farber.

As a young believer I took my time warming up to Ed; he was considered "the old guard" among the young men in our group. He didn't let my cautions come between us and in time I found him to be a man of rare integrity. His sterling character, including those traditional values that gave him a passion for excellence won me over—and, in time, my peers.

In a touching gesture, when I graduated from seminary he insisted that his Bible Study group suspend their usual meeting and attend my commencement ceremony. I always cherished that kindess, but he had already provided a blessing I could never repay. A year before, as my mother was in the hospital on her death bed, Ed and Nora had led her to trust in Yeshua as her Messiah.

Over time, I heard from others (including the outstanding Messianic theologian Dr. Dan Juster with whom I’ve worked) of their respect for Ed as a founding father of the Messianic movement. He has not only been a mentor but also the spiritual father of leaders including Larry Feldman, an outstanding Messianic rabbi with Chosen People Ministries who oversees two congregations in the Los Angeles area.

In 1991 Ed was granted a Doctorate of Divinity from Canada Christian College and joined their faculty with Rev. Jacobs until he could no longer keep up the rigors of a teaching schedule. Sadly, the college's change in attitude toward Jewish outreach was painful to him. However, Eunice Davis continued teaching his courses at the college based on material she had gleaned from Ed and Rev. Jacobs, who passed away in 1998.

Ed touched so many lives: as a father figure to Jewish believers, a wise counselor and a leader who gave dignity to our community. Honour and appreciation marked the sunset of his ministry, when his advice and teaching were widely sought by Toronto’s growing Messianic community.

Nora, his faithful companion and co-worker for over 50 years began to experience increasing problems with Alzheimer’s in the mid-1990s. Ed was devastated and when she passed away in 1999 we feared that he wouldn’t be with us much longer. But there was an unexpected last chapter. He married a long-time acquaintance, Betty Booth, who brightened the last years with a new spark of joy. Betty’s love and care, along with the support of another old friend, Bob Doucette, allowed the couple to live independently until Ed was hospitalized with an advanced cancer.

The last time we met I was in Ed's hospital room with my wife, Sue. He was steadfast in faith; his thoughts heavenward, always on Yeshua. We spoke at length of his ministry, his many accomplishments and prayed together. Before leaving, I raised my arms over him in the Aaronic Benediction; the same blessing which I gave at the close of his funeral.

During that service, two men for whom Ed has been a life-long mentor, Leslie Jacobs (son of Malvern) and Dr. Brian Nixon, extolled his career and spiritual legacy. The service was conducted by the North Toronto Salvation Army Corps where Betty has long been a member. Betty wore her Salvationist uniform and daughter Naomi accompanied our hymns on the piano. Sadly, her brother David was unable to come because of professional commitments. In addition to his considerable spiritual family, Ed leaves behind a large, extended family: five grandchildren and seven great-grandchildren (with one more expected).

During the service, Dr. Nixon reminded us of Ed’s first encounter with Morris Kaminsky. Standing nervously in front of the Nathaniel Institute, Ed reached out to ring the doorbell. He expected to be met by a stern, high collared clergyman. Instead, a casually dressed Jewish man opened the door. Ed assumed it was the janitor. Of course, in a few moments, he realized that he was addressing Rev. Kaminsky himself, who brought him inside with a warm, haymishe welcome and then thoroughly disarmed him by yelling up the stairs, “Ida, it’s Ed Brotsky!”

Surely it was that way again. Ed awoke before a kind, disarming Jewish presence, One for whom he had been waiting a lifetime. And his Master, before turning to call over many old friends leaned closer and gently whispered, “Well done, my good and faithful servant.”