Into the Light: From thinking about life to living with God 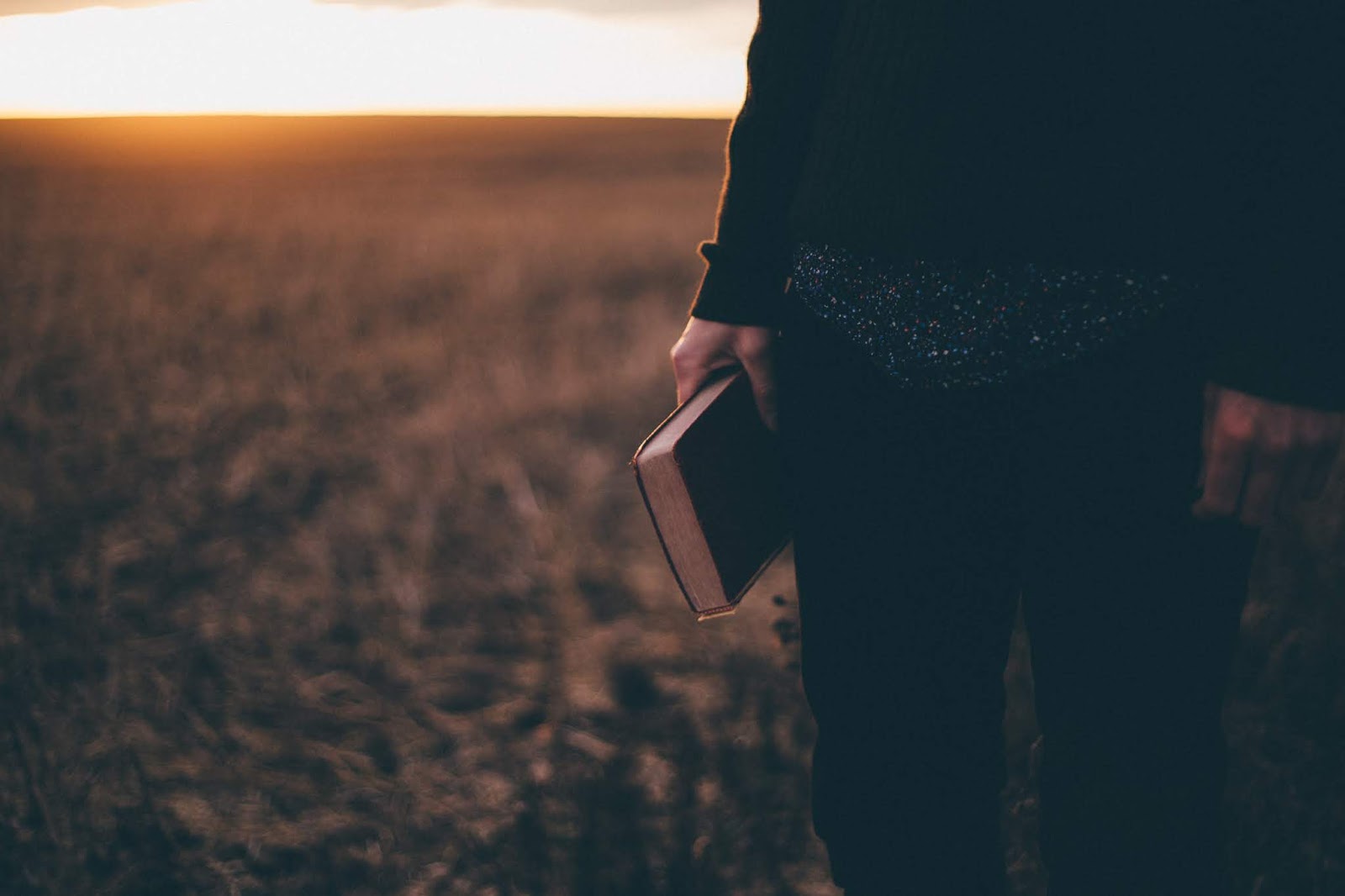 The sunlight of early spring poured into the professor’s office. As we sat around her desk discussing philosophy, I grew more dissatisfied with every answer.
“How did I make this mistake?” I thought. “Why did I think that philosophy would give my life meaning?” The face of my teacher was lined with her own troubles and I tried to explain my dilemma.
“I always thought that studying philosophy would lead to truth; wisdom for life.”
“No, Ben,” she began. “Those are not the purpose of our study. We’re examining the history of ideas…”
As she spoke I knew I was at a dead end. In my mind’s eye I could see all my teachers and fellow students turning a great wheel like clockwork machinery; producing ideas without end. They circled the truth—whatever that meant—and never reached it. No one could tell me if life had a real purpose or a larger-than-life reason for living.
The professor stopped talking. I agreed with her politely and promised to work harder to finish my essays on time.

NAGGING QUESTIONS
Outside in the reviving March air, I felt the freedom of giving up false illusions. It was mixed with disappointment. What would I do now?
From my route I could see the emerging skyline of Toronto’s city center. My parents had come here from Israel in the early 1950’s, and I was born while they still lived in the teeming Kensington Market area, full of postwar Jewish immigrants.
I was always conscious of my Jewishness. Not that my parents were religious. We celebrated all the holidays, but my identity didn’t revolve around Passover or Yom Kippur. I was stirred by my mother’s stories of growing up in Israel in the 1930s and 40s after her family had fled to Palestine from Germany in 1933.
My father had grown up in Hungary and was a Holocaust survivor. He had also fought in the War of Independence. Hebrew was the second language at home. Then, as now, I called myself a Zionist.
I was always aware of a deep-rooted difference from our neighbors. I could trace that, too, back to my Jewish heritage. It seemed as though we were always reliving the Holocaust around the kitchen table or at family gatherings. The aunts, uncles—I was named for my father’s brother—grandparents or young cousins—of whom there were few pictures, came vividly to life in my parents’ memories, but all ended in tragedy.

UNRESOLVED ANGER
The thought of those who died was like a weight; the memory of those crimes burned inside me with unresolved anger. If there was a God, the Holocaust proved that He was irrelevant.
I entered the University of Toronto’s Innis College in the fall of 1974, the smallest and most radical of the undergraduate colleges. I hoped to launch a career as a writer by taking courses in English and philosophy.
My first philosophy class was particularly disarming when the senior lecturer closed his class this way: “Ladies and gentlemen, I hope you will study many philosophers in the years ahead, but I hope that you will also discover that the greatest philosopher who ever lived is Jesus Christ.”

ALMOST CONVINCING
Despite that unexpected beginning, philosophy did attract me. (The philosophy department was one of the largest in North America.) Strangely, philosophers were always talking about God. In fact, their reasons for suggesting that there was a God seemed almost convincing. Descartes, Spinoza, Kant, even the modern philosophers continued the discussion. Some of them even believed.
I was fascinated by the book Pensées, a collection of insights by Blaise Pascal, the seventeenth-century French scientific genius. Pascal actually recounted a moment of meeting Jesus personally.
He was the author of a brilliant little essay called “The Wager.” He offered two alternatives: “Either God is or God is not…and you must wager.” It was an intriguing whimsy and an irresistible challenge.
He continues: “Let us weigh up the gain and the loss involved in calling ‘heads’ that God exists: …if you win you win everything; if you lose you lose nothing.” Yes, why not take that challenge?
Slowly I was being drawn into a God consciousness of some kind. It began to weave through readings in the occult and mysticism. But how would I put it together?
One weekend my elder brother brought home a Bible. My interest was aroused along with a good deal of sibling defensiveness—the last thing I wanted to hear from him was quotes from a Bible I didn’t know. I went to one of the campus bookstores and rummaged through every version in stock. And when I did find one, I began reading.
The Bible in a contemporary translation was the most powerful literature I had ever read. It was poetic, effortlessly epic and yet intensely personal. I read freely from the Jewish Scriptures and New Testament books, examining the Gospels. The Jesus I encountered was nothing like the man I expected. He was neither brow beating or pious. Yet this One spoke out of a place where I longed to be—spiritually aware and at complete peace with God. I even asked myself if I might ever live by His teachings. I might want to, but obviously never would. I’m not saint material.

JESUS IS GOD
Then one summer day I stumbled onto a reference to John 14:6. Jesus says there, “I am the way and the truth and the life. No one comes to the Father except through me.” I studied the passage for long minutes. Yes, Jesus actually says here that He is God.
“I’m Jewish,” I thought. “I can’t believe this.” So, I closed the Bible and put it away. And that, I assumed, was the end of it.
I entered my second year at university and as the months went by I found that I couldn’t shake the conviction that God exists. This time, though, I wasn’t looking at Him, but at myself. Compared to the vibrant life described by Pascal, my existence was a hollow routine without joy or reason.
One night I lay in bed, painfully aware of the void inside. “Dear God,” I began. I really did want to pray, but stopped. Tears came. Was there a God to hear or had my heart already had lapsed into a long, bitter winter. For the first time I was utterly aware of the yawning gulf between a Holy God and me.
For this very reason—one last attempt to believe in a search for truth and meaning—I’d gone to my professor’s office, only to realize that it wasn’t all that important for her.
As I walked through the wintry streets from the professor’s office, I looked forward to lunch with friends. I wasn’t far from the college when a large poster caught my eye.
In bold red letters it announced: Arthur Katz. For some reason, I stopped to look. Underneath was a biography. I began to read about a spiritual journey from Marxism that led this man to “expound on the Person of Jesus Christ.”
I looked again, thinking, “With a name like that, he must be Jewish.”

SKIPPED LUNCH
The meeting started at 1 o’clock. It was now 1:15. The auditorium was on the other side of the campus. I’d have to skip lunch. I arrived quietly and slipped into a back seat of the hall.
I sat there listening to the speaker’s dramatic, intelligent voice say things I’d been thinking about for over a year. Katz spoke of living moment by moment with the Lord, and I knew that this was how I wanted to live.
Afterwards, I went to speak with him in person. I was surrounded by friends, Jewish students from my philosophy classes who knew me as a fearless questioner.
I asked the one question that held me back. “What about the Holocaust?”
Katz agreed; this was a key question. Then he had a question for me. “Young man, what are you going to doing with the Holocaust in your own heart. What about the evil that’s in there?”
I had no answer. I had never been confronted so profoundly or so honestly. I don’t think I had any answer at all. All I remember thinking was that here was a Jew ready to speak about his faith in Jesus.
But I know today that Art was right. The only answer to the Holocaust, to evil in any and every form, is to confront our own will and the evil consequences when we have our way over others. To become a source of peace and healing on earth we need healing from the Prince of Peace. We can’t change history, but we can change, with God’s help.
Art looked at me closely. “You’re ready to come, aren’t you?”
I said, “Yes.”

JOY AND PEACE
He took me aside and there, in front of my Jewish friends, I let God have His way in my life. I felt like a brick had fallen off my chest. A few minutes later I felt flooded with a joy and peace beyond comprehension.
I had received the God of Israel as my God, and Jesus as my personal Messiah. They also, it seemed, had received me.
For the next six months I woke up every day amazed at that decision; I needed to let God prove it again and again until it wasn’t a matter of proof, but daily faith. My life has long since become absorbed with pursuits other than philosophy, but I am still aware that believers are called in faith to love God with all their minds.
In my well-thumbed copy of Pascal’s Pensées, I have found these words underlined: “It is good to be tired and weary from fruitlessly seeking true good, so that one can stretch out one’s arms to the Redeemer.”
That’s the promise of Messiah Yeshua. “Come to me, all you who are weary and burdened, and I will give you rest. Take my yoke upon you and learn from me, for I am gentle and humble in heart, and you will find rest for your souls” (Matthew 11:28, 29).