Voices from the Dust: The Current Controversy of the Dead Sea Scrolls 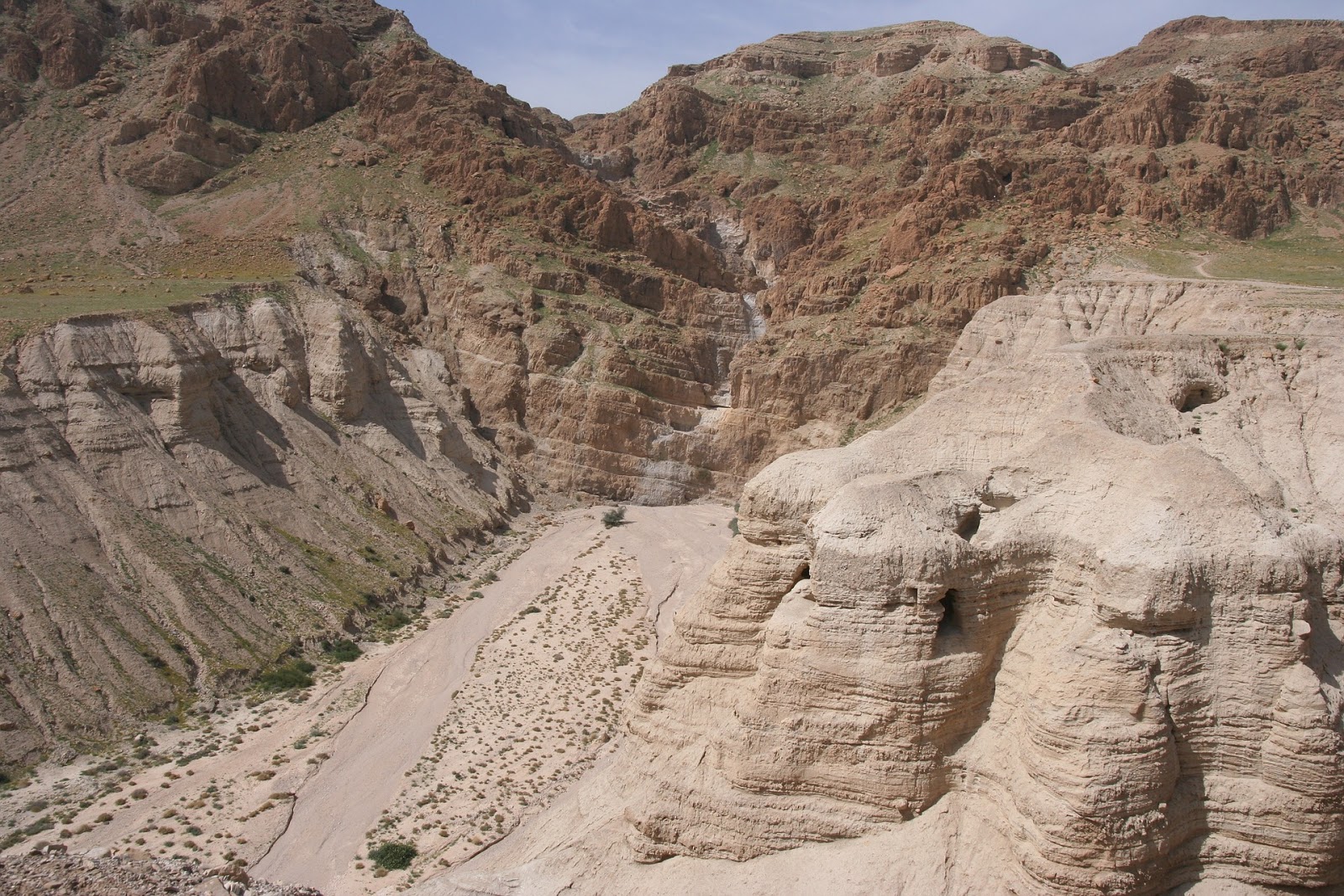 Several weeks ago, a friend complained about the recent exhibit of the Dead Sea Scrolls at the Royal Ontario Museum in Toronto, calling it “The Dead Sea scraps!” I admit it was a small selection but the explanatory information was excellent with numerous videos from the Qumran site and my family enjoyed it.

But just as the traveling exhibit was set to close in early January, Jordan requested that Canada seize the documents. According to news reports, Jordanian Minister of Tourism and Antiquities Maha Khatib asked Canada to “take custody of the scrolls” until their ownership might be determined by an international court. Canada refused, saying “differences regarding ownership of the Dead Sea scrolls should be addressed by Israel, Jordan and the Palestinian Authority.”

Given the unusually bad timing of the request (days before it closed)—what did Jordan hope to achieve? Certainly they wanted to intimidate future exhibitors. The Palestinian National Authority [PNA] was more confrontational, with mass rallies in Toronto to stop the exhibit claiming the scrolls are “looted property.” The protests before and during the exhibit didn’t stop 200 thousand visitors from viewing the precious Jewish artifacts.

Yes, even the Palestinians admit the items are Jewish. “They are an integral part of Palestinian heritage, its Jewish heritage,” according to Hamdan Taha, Director of the Palestinian Antiquities and Cultural Heritage Department in an interview with The Media Line website. “Israel should be pleased that the Palestinians are showing concern for this period of our past,” says Taha.

They are Palestinian? “These scrolls are of course Palestinian because they were found in Qumran which is located in the West Bank,” said Taha.

Robert Cargill is a noted archeologist who supports Palestinian national aspirations, but even he finds the claims hard to accept. His website explains that “prior to 1967, the Kingdom of Jordan controlled east Jerusalem and the West Bank, not the PNA which wasn’t officially formed until the Oslo Accords of 1994.”  He notes, “The Copper Scroll is presently on display in the Jordan Archaeological Museum in Amman. Yet, we do not see pro-Palestinian protests against the Jordanian government…demanding the return of the ‘looted’ Copper Scroll to the PNA.”

Cargill is right; this is not a question of archeology but politics. Actually, Israel has actually never claimed ownership of the artifacts that are not part of its national collection. The Palestinian claim of Israeli “looting” is based on the fact that some of the scrolls were housed in East Jerusalem at the Rockefeller Museum and moved after 1967. But the museum, built during the British Mandate and opened in 1938 as the Palestinian Archeological Museum, was only claimed by Jordan during its own acts of war against Israel in 1948 and then nationalized in 1966.

As to the first discovery of the scrolls—these were the accidental find of local Bedouins. Seven of the original scrolls were acquired by the Israelis—including four that were sold through an ad in The Wall Street Journal. After the initial finds proved to be of such enormous cultural value, the Jordanians, who controlled the area northwest of the Dead Sea, oversaw the excavation of the majority of the ancient material in cooperation with the École Biblique et Archéologique Française in Jerusalem between 1948 until 1956. The discoveries were then housed in the Rockefeller Museum where an international team of experts worked for decades (independently of the Israel-based scholars) to decipher the delicate pieces.

Senior scholars with direct access to the manuscripts of both the Israeli and Jordanian collections were the focus of decades of attention. After initial acclaim they were later criticized for delays in making the material available. Some who became famous for their work on the scrolls were later suspected of keeping it away from other scholars. Assembling the fragmented material took longer than expected but was considerably speeded up by computer programs in the 1990’s. Splitting up the finds according to politics served nobody well. More seriously, the manuscripts were deteriorating. This was a greater concern for the documents in the aging Rockefeller Museum where photos of the scholars at work show them working at tables in front of bright open windows—the worst possible conditions for preservation.

The state of the art facility for preserving the documents is the Shrine of the Book, a wing of the Israel Museum in Jerusalem, built specifically to preserve the scroll materials. The so-called act of looting—the move from the older museum (in East Jerusalem) to a current facility—was, in fact, an important step of preservation. Since that time, a full catalogue of the documents has been created, erasing the arbitrary distinction between items held by one party or another. Scroll materials are not only held by Israel and Jordan, but also in collections in the United States. Today, all the Dead Sea Scroll material is accessible by scholars of every background and dissemination in digital form continues.

But why do the Jordanians and PNA want to claim scrolls that prove a fact which they have so vigorously denied: the existence of Jewish people in the land of Israel predating the existence of Islam?

Jordan’s claims might have some value except that as witnesses of the 1994 Oslo Accords they officially surrendered rights to cultural property claimed by the PNA. No doubt they find it expedient to pose as an adversary of Israel for their Arab neighbors and because almost one third of Jordan’s population is Palestinian in origin they are vocal defenders of Palestinian rights.

It’s relevant, then, to recall Jordan’s past relationship to Jewish antiquities. After the Jordanians took control of Jerusalem in 1948 their desecration of the traditional “Jewish quarter” was heinous—58 Jerusalem synagogues were destroyed or ruined (some centuries old). A road was constructed through the Jewish cemetery on the Mount of Olives, destroying hundreds of Jewish graves, using the gravestones of rabbis and sages as pavement and latrines. Jordan also cut off Jewish access to the Kotel, the Western (“Wailing”) Wall of the ancient Jewish Temple, allowing slums to be built up to its edge until the IDF secured Judaism’s holiest site during the Six Day War.

Palestinian claims lead us to ask the same question. Sadly, we’ve already seen the actions against the leading proof of a prior Jewish presence in the land, the Temple Mount. The desecration of that site has included using bull-dozers to tear apart ancient sections of one of the world’s leading historical sites—a place where archeologists would have been grateful to work with buckets and toothbrushes. Tons of discarded debris was hauled to city dumps after the excavators made sure to destroy anything to prove the site was ever a Jewish Temple and not, as Islamists claim, a mosque from time immemorial. This is one of the tragic archeological crimes of our time. A determined task force of archeologists is sifting this debris and continues to find evidence of the first century Temple in the remains.

It has been almost 2000 years since brave followers of God hoped that one day their sacred library would be restored to Israel's future generations. At the very moment when scholars were catching their first glimpses of the scrolls, the UN was voting to allow the creation of a Jewish state. Within one year of the unsealing of those sacred treasures, Jewish armies were rising again to defend a Jewish nation.

Today these voices from the dust give irrefutable testimony of Jewish claims to Eretz Yisrael—the Land of Israel. Their preservation must point us back to the Scriptures and the God who has also preserved His people. I can only hope to show as much faith in Him as those who sealed up their trust in clay jars so long ago.